LIGHT OF THE WORLD: BURKE AND ROBICHEAUX
SIGNING WITH CYRUS WEBB

I will never forget the day my PR representative at Shelton Interactive called me with the news:

I had no idea the full extent of my good fortune.

We were going to talk about my first thriller in the Ben Blackshaw Series, called Deadrise.

I listened to several of Mr. Webb’s archived interviews, and instead of being nervous at the prospect of speaking before his enormous audience, I was delighted.

As an interviewer, Cyrus Webb reads everything.  Under the rubric of Cyrus Webb Presents, I was overjoyed to discover he knew Deadrise as if he had been in the room with me while each and every word was written.  His questions about Ben Blackshaw, the hero, were so provocative.  I felt like a parent seeing his child through the keen eyes of someone else.  What were the odds of an author understanding his own baby better thanks to an insightful conversation?  My interview with Mr Webb was profoundly uplifting.

Then I began to read more about Cyrus Webb’s thoughts and concerns in his Facebook posts, on Twitter, and through his writings in the large format, soul-enriching Conversations Magazine, where he is also Editor in Chief.  He looks closely at the contributions of artists from every medium, including books, music, television, and film.  Hunkered down and writing as I so often am, where else could I meet such a wide, august, and bright gathering of creative lights? 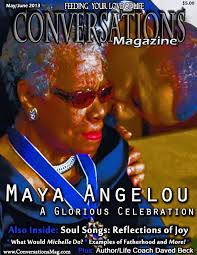 I was floored when Mr. Webb chose Deadrise as a Conversations Book Club Top 100 Books of 2012.  About 1,100 books are published every day, and so this honor was powerfully encouraging.  When he picked the sequel to Deadrise, called Nitro Express, as one of the Conversation’s Top 50 Titles of 2013, my surprise and gratitude were boundless.  Of course, our on-air discussion of Nitro Express was no less enlightening for me than the first interview the year before.  Thanks to Mr. Webb, I discovered I was daunted by the task I had set for myself in the third book, Tap Rack Bang, on which I am now working.  With that knowledge in hand, I worked through my fears, and am well along the path toward publishing my third book.

Now Cyrus Webb’s reach is moving into web television, with a new show called Conversation Pieces.  It was an inevitable progression for a man who works hard day and night to bring important work to the public eye.  Conversation Pieces will no doubt bring forth the best, not only from his guests, but from viewers fortunate enough to tune in to his new undertaking.  I wish Mr. Webb every success in his new venture.