NITRO EXPRESS IN GERMAN!
How the Slave Robert Smalls Won the Civil War

Let me get this out there right up front.  I think ABC Digital smash hit, American Koko, is pretty much the most relevant, best-written, and engagingly produced original show out there.  When I learned the that the creative team behind this gold-plated property, including Creator/Star Diarra Kilpatrick, Executive Producer Miles Orion Feldsott, and Producer/Blitz-style Editor Annie Micayla Feldsott were all going to be at the Bushwick Film Festival in support of an American Koko screening, I had to get off the couch and pay proper respect to these incisive minds and their transformative, cathartic work.  This is Norman Lear magnitude programming for our (sorta) fresh millennium.

American Koko tackles racism in a deceptively light-hearted way.  Akosua Millard, nicknamed Koko (played by Kilpatrick) leads a team of agents at E.A.R. (Everybody’s Alittle Racist) to the help hapless half-woke work through racial situations without having to eat crow, Jim or otherwise.  Never fear, there is no preaching here.  Koko admits she’s only up on her soapbox to reach level ground because she herself is in recovery from Angry Black Woman Syndrome.  Koko’s relapse rants crush her, but help the rest of us chuckle along in that should-I-be-laughing-oh-hell-she’s-me way we may never get used to in a post-racial America.

The American Koko screening at the Bushwick was a well-received, in no small part because of Annie Feldsott’s deft approach to cutting multiple ten-minute (or shorter) episodes from Seasons 1 and 2 together to create a feature length experience.  The laughter flew up and the time flew by.  The only compensation for the screening’s end was the chance to hear Kilpatrick and the Feldsott siblings talk about American Koko’s origins and its future.

Some smart-ass in the audience wondered when we might expect Season 3, and where else might a show this intelligent find a broader audience despite world-wide access offered on www.abc.go.com.  Kilpatrick admitted there were budget constraints on episode length and scope (not on production values we all agreed.)  She went on to say that the hard-hitting topic of racism as it impinges on every aspect of American life was unusual fare for a Disney-owned portal, and that the parent company should be commended for whatever risks the show presented in terms of alienating its core audience.   For me, if anything, American Koko brings a new and broader audience to Disney and its other properties.  One hopes American Koko is the first of its kind at Disney, not the last. 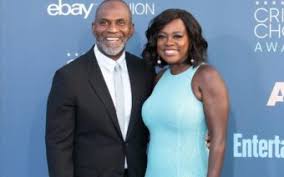 On the other hand, it’s no surprise whatever that JuVee Productions, headed by Viola Davis and Julius Tennon, have backed American Koko.  Every plank in the JuVee platform is about bringing new voices with fresh perspectives to appreciative audiences hungry for new, smart titles.  It doesn’t hurt that Davis’s dead-earnest voiceover at the top of every episode sets a satirical tone for Koko’s foibles and frustrations to follow. 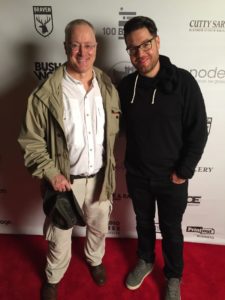 (http://bushwickfilmfestival.com/) made my weekend.  If you want to experience American Koko, hop on http://abc.go.com/shows/american-koko .  You can take in Season 1 on your lunch hour (admittedly, with the volume way turned down because the language gets salty AF.)