The Gravity of Captain Phillips

The Gravity of Captain Phillips

Within a week of each other, I have seen two terrific movies about Americans facing mortal crises on ships far, from home.

Gravity, starting Sandra Bullock and George Clooney, is an eye-grabbing masterpiece of the imagery of jeopardy.  Bullock plays an astronaut marooned in earth orbit by the destruction of every friend, shelter and oxygen supply available to her.

Neil deGrasse Tyson has already addressed certain improbabilities in Hollywood’s portrayal of low orbit physics, so I need not chime in here.  I always feel like I’m punching above my educational weight when I read his essays anyway.

The vertiginous nature of near-earth space is as gut-wrenching for the Gravity audience as it was for Bullock’s endearingly queasy Ryan Stone.  The effects of a killer debris cloud whipping around the earth, perforating and smashing everything and everyone to rubble and ruin, are simply breathtaking.  I bet an Academy Award for effects is a certainty.  If you watch this film in 3D Imax as I did, you will not be able to take your eyes off the screen.  Yes, the screen is everywhere, but the pace of the action is utterly relentless.  Even in the moments when Bullock/Stone is simply speaking, often to herself, to mission control, to her lost comrades, or to her long departed little girl, your heartstrings are still getting the Jimi Hendrix treatment.  You will not regret investing in your seat to see this film! 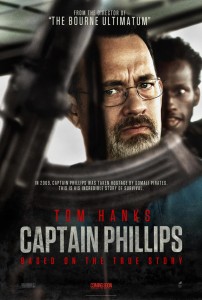